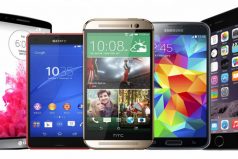 A passenger was arrested at Stansted Airport recently, after watching his phone which was on the gun form.
The British Essex police have published a photo of the phone on “Twitter”, it announced that a traveler, without specifying his identity, was able to mistakenly to be classified as a terrorist.
This is not the only case, another woman was arrested in 2016 because she was wearing high-heeled shoes in the form of pistols.
In this context, the “Telegraph” published a report containing the 10 items that were confiscated at airports, we selected for you the most 5 strange things.

A German professor was arrested at Fiumicino Airport in Rome in April 2016 because the airport security found a human skull in his luggage, and he said he bought it from one of the Stalls of 50 euros, for scientific reasons, the man was charged and the skull was confiscated.

In 2005, customs officers monitored a noise from underneath a woman’s skirt in Melbourne, Australia. After an inspection, they found plastic bags filled with water, containing 51 fish.
She was arrested on charges of importing wild animals which is banned from importing under the Australian law.

Top 5 weird inventions in the world

The world is full of inventions that meet the needs